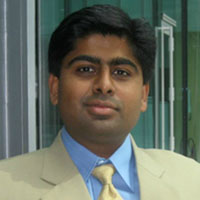 2013 Business Leadership of the Year

Jay led the efforts in establishing the partnership with the International Telecommunications Union (ITU), an arm of the United Nations, via the International Multilateral Partnership Against Cyber Threats (IMPACT) to develop sustainable knowledge and capabilities in information security awareness amongst government agencies in 194 member countries. He also led the charge to form a not-for-profit initiative to establish the world's first global ethical hacking games, Global CyberLympics with the goal of raising awareness towards increased education and ethics in information security through a series of cyber competitions that encompass forensics, ethical hacking, and defense. He regularly shares his insights with law and policy makers at various international conferences and seminars around the world. His audiences include executives of multinational corporations as well as the public via his regular appearances on local and international television shows and print media - including being interviewed by CNN and Fox News regarding information security and ethical hacking.

Jay Bavisi is a law graduate from the University of Wales, College of Cardiff, with an LLB (Hons), Barrister – at – Law from Middle Temple, London.