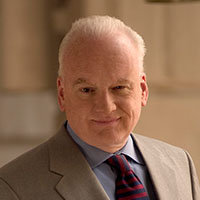 Richard Clarke is CEO of Good Harbor Security Risk Management, which advises companies and governments on cyber security. He served for thirty years in the United States Government, including an unprecedented ten continuous years as a White House official, serving three consecutive Presidents. In the White House he was Special Assistant to the President for Global Affairs, Special Advisor to the President for Cyberspace, and National Coordinator for Security and Counter-terrorism.

Prior to his White House years, he served as a diplomat, including as Assistant Secretary of State and held other positions in the State Department and the Pentagon for twenty years.

Since leaving government in 2003, Mr. Clarke has served as an on-air consultant for ABC News for ten years, taught at Harvard’s Kennedy School of Government for five years, and written six books, both fiction and non-fiction, including the national number one best seller Against All Enemies and Cyber War: The Next Threat to National Security and What to Do About It. His newest Novel, Sting of the Drone, was released on 13 May.