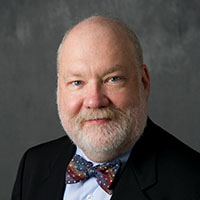 Spaf has written and spoken extensively about information security, cybercrime, software engineering, and professional ethics. He has published over 100 articles and reports on his research, has written or contributed to over a dozen books, and he serves on the editorial boards of several major infosec-related journals. In his career to date, Professor Spafford and his students are credited with a number of security "firsts," including the first open security scanner, the first widely-available intrusion detection tool, the first integrity-based control tool, the first multistage firewall, the first formal bounds on intrusion detection, the first reference model of firewalls, and some of the first work in vulnerability classification databases. Much of the current security product industry can therefore be viewed as based, in part, on his past research; some of his ideas directly led to the establishment of two commercial firms: Tripwire and Signacert. His current research is directed towards issues of public policy and information security, architecture and construction of highly-secure systems, and cyberforensic technologies.

Dr. Spafford is a Fellow of the ACM, Fellow of the AAAS, Fellow of the IEEE, Fellow of the (ISC)2, and is a Distinguished Fellow of the ISSA -- the only person to ever be so named by all five organizations. He is a charter recipient of the Computer Society's Golden Core award. He was the year 2000 recipient of the NIST/NCSC National Computer Systems Security Award, generally regarded as the field's most significant honor in information security research. In 2001, he was named as one of the recipients of the "Charles B. Murphy" award and named as a Fellow of the Purdue Teaching Academy, and in 2003 was named to the "Book of Great Teachers" -- thus receiving all three of Purdue University's highest awards for outstanding teaching. In 2012 he was named as one of Purdue's inaugural Morrill Professors -- the university's highest award for the combination of scholarship, teaching, and service.

Among his many activities, Spaf is immediate past-chair of the ACM's U.S. Public Policy Council (USACM) and is editor-in-chief of Computers & Security, the oldest journal in information security.

In his spare time, Spaf wonders why he has no spare time!