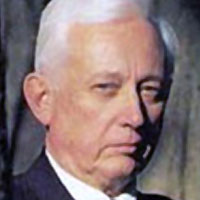 Bill Murray is an executive consultant for TruSecure Corporation and a Senior Lecturer at the Naval Postgraduate School. He is Certified Information Security Professional (CISSP) and serves as Secretary of (ISC)2, the certifying body. Bill is also an advisor on the Board of Directors of the New York Metropolitan Chapter of ISSA.

Bill has more than 50 years of experience in information technology and more than 30 years in security. During more than 25 years with IBM, his management responsibilities included development of access control programs, advising IBM customers on security and the articulation of the IBM security product plan. He is the author of the IBM publication Information System Security Controls and Procedures.

Bill has made significant contributions to the literature and the practice of information security. He is a popular speaker on such topics as network security architecture, encryption, PKI and Secure Electronic Commerce. He is a founding member of the International Committee to Establish the "Generally Accepted System Security Principles" (GSSP, now referred to as the GISSP) as called for in the National Research Council's Report Computers at Risk. Bill remains as an active member of this committee. He is a founder and board member of the Colloquium on Information System Security Education (CISSE). He has been recognized as a founder of the systems audit field and by Information Security Magazine as a Pioneer in Computer Security. In 1987 he received the Fitzgerald Memorial Award for leadership in data security. In 1989 he received the Joseph J. Wasserman Award for contributions to security, audit and control. In 1995 he received a Lifetime Achievement Award from the Computer Security Institute. In 1999 he was enrolled in the ISSA Hall of Fame in recognition of his outstanding contribution to the information security community.