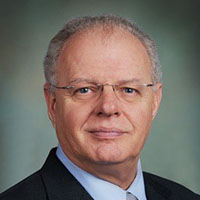 Howard currently serves as a partner in the strategic advisory firm, Ridge-Schmidt Cyber, an executive services firm that helps leaders in business and government navigate the increasing demands of cybersecurity. He serves in this position with Tom Ridge, the first secretary of the Department of Homeland Security. He also serves as executive director of The Software Assurance Forum for Excellence in Code (SAFECode).

He brings together expertise in business, defense, intelligence, law enforcement, privacy, academia and international relations, gained from a distinguished career spanning 40 years. He most recently served as Special Assistant to the President and the Cybersecurity Coordinator for the United States. In this role Mr. Schmidt was responsible for coordinating interagency cybersecurity policy development and implementation and for coordinating engagement with federal, state, local, international, and private sector cybersecurity partners. His former White House appointments include Cyber Advisor to Presidents Barack Obama and George W. Bush.

Mr. Schmidt also brings to bear over 26 years of military and law enforcement service. Beginning active duty with the Air Force, he later joined the Arizona Air National Guard. With the AF he served in a number of military and civilian roles culminating as Supervisory Special Agent with the Office of Special Investigations (AFOSI). He finished his last 12 years as an Army Reserve Special Agent with Criminal Investigation Division's (CID) Computer Crime Unit, all while serving over a decade as police officer with the Chandler Police Department.

Mr. Schmidt holds a bachelor's degree in business administration (BSBA) and a master's degree in organizational management (MAOM) from the University of Phoenix. He also holds an Honorary Doctorate degree in Humane Letters. Howard was an Adjunct Professor at GA Tech, GTISC, and is Adjunct Distinguished Fellow with Carnegie Mellon's CyLab and a Distinguished Fellow of the Ponemon Privacy Institute. He previously served as a member of the PSG for ENISA. He currently is a Professor of Research at Idaho State University. He also is a member of the World Federation of Scientist, Permanent Monitoring Panel on Information Security.

Howard is a Ham Radio operator (W7HAS), a private pilot, outdoorsman and an avid Harley-Davidson rider. He is married to Raemarie J. Schmidt, a retired forensic scientist, researcher and instructor in the field of computer forensics. Together, they are proud parents, and happy grandparents.