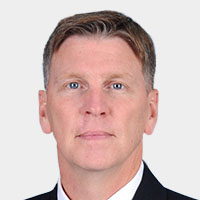 Ronald Dodge is an Associate Professor permanently stationed at the United States Military Academy where he serves as the West Point CIO and the Associate Dean for Information and Education Technology. Prior to this role, for 6 years he was a senior research scientist and Director of the West Point Information Technology and Operations Center, where he led research into emerging technologies and grew cyber security awareness programs around the United States through innovative and pioneering use of virtualization for cyber security research, training, and operations and through cyber security exercises. Ron has served in leadership positions in many international consortiums including the Institute for Infrastructure Protection (I3P), the Colloquium for Information Systems Security Education (CISSE), and the Honeynet Project. Currently Ron is the chair of the International Federation for Information Processing (IFIP) working group for Information Assurance Education and the Information Assurance and Security working group for the IEEE/ACM 2013 Computing Curriculum.

Ron is an active duty Colonel in the United States Army and has served over 24 years with military assignments ranging from combat duties in an attack helicopter squadron to faculty at the United States Military Academy. Ron received his Ph.D. from George Mason University, Fairfax, Virginia in Computer Science. His current research areas are information warfare, network deception, security protocols, internet technologies, and performance planning and capacity management. He is a frequent speaker at national and international security events and has published many papers and articles on information assurance and security.