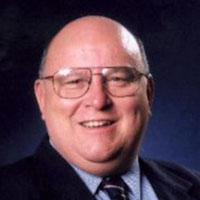 Emeritus Professor Bill Caelli is a Director of International Information Security Consultants Pty Ltd (IISEC) and an Adjunct Professor at the Queensland University of Technology (QUT) and Griffith University. He has 40 years experience in all aspects of information/cyber security and over 50 years professional experience in ICT overall.

He founded ERACOM Pty Ltd in 1979 and was later, in 1988, the Founding Director of QUT's Information Security Research Centre (ISRC) later incorporated into its Information Security Institute, now disbanded. At the invitation of the then Attorney-General of Australia, he became an inaugural member in 2003 of the IT Security Expert Advisory Group (ITSEAG) established under the Australian Government's Trusted Information Sharing Network (TISN) (See: http://www.tisn.gov.au) and served on it till January 2011. He currently chairs the Stability and Security Advisory Committee (SSAC) of auDa, Australia's domain name administration authority for the Internet. He has been a member of IFIP's Technical Committee 11 (Information Security) since 1984, being its Chair for 6 years (See URL http://www.ifip.org) and was a Board Member of the USA's Colloquium for Information Systems Security Education (CISSE) based in Maryland, USA, for over 6 years. (See: http://www.cisse.info). He was made the foundation Head of QUT's School of Data Communications in 1994, expanded to encompass all aspects of computer science and software engineering in 1999 as the School of Software Engineering and Data Communications. He served on the Australia Science, Technology and Engineering Committee (ASTEC) advising the Australian Government on all policy aspects related to science, technology and engineering during the 1990s. He now serves on the National Policy Committee of the Australian Computer Society (ACS), of which he was a founding member in 1965.

The 50 years of entrepreneurial, business, education and R&D experience in the ICT industry, particularly with large computer systems and data/telecommunications networks, started with a Power Samas PCC and then IBM 1401 system and punched card equipment at Broken Hill Pty Co Ltd (BHP) in the early 1960s. His 40 years of industry involvement in all aspects of information/telecommunications/data network/computer security, cryptology and trusted systems technology has been with Hewlett-Packard (HP), Control Data Corporation (CDC) and with ERACOM, where he was a Director of the company until 1998. ERACOM was sold to SafeNet (USA) in 2005. This experience has included the provision of extensive infosec, technical, policy and business development consultancy services to both the public and private sectors in Australia/New Zealand and internationally, including Germany, the Netherlands, Hong Kong and the USA. ERACOM, under his technical and business direction, developed, manufactured and marketed advanced, embedded and integrated cryptographic systems and information system/data network security products and services around the world, with associated companies, the "Concord-ERACOM" group, in Germany and The Netherlands. The company particularly addressed the cybersecurity needs of the banking/finance and gaming industries, as well as those of government, with its award winning "ERACOM Security Module (ESM)", the PC encryptor range, the ERA-2007 protocol sensitive (X.25/TCP-IP) data network encryptor, disk and file encryption software/hardware and related products. ERACOM also developed and manufactured early microprocessor based computer-workstation systems (ERA-50/60/80 systems) based around the "Stanford University Network (SUN)" structures with embedded security/cryptographic subsystems. At QUT he developed and delivered a range of cybersecurity / network security courses, from cryptography to trusted systems to risk assessment and policy/legal matters. These were delivered to government, industry and academic groups in Australia and overseas. He has supervised numerous PhD research students to successful completion, most recently being in 2013. He has authored/co-authored four books and many, many research papers as well as book chapters.

In 2007 he was made the world's first Fellow of (ISC)2 (See: http://www.isc2.org) and also received the William Hugh Murray Founders' Award from the CISSE for his outstanding contribution to information assurance education. He is a Founding Member and Fellow of the Australian Computer Society (ACS) and the Institute for Combinatorics as well as being a Senior Member of the IEEE. He is an Honorary CISM of ISACA. In 2002 he was presented with the international Kristian Beckman Award by IFIP's Technical Committee 11 for his international work in information security (See http://www.ifip.org). He received the Pearcey Medal in September 2002 for his lifelong work in and contributions to the ICT industry in Australia. Computerworld Australia has designated him as a Computer Pioneer and Business Review Weekly (BRW) has nominated him as one of Australia's Top 100 Smart people. In Queensland, he received The Queensland Premier's Individual Contribution Award in 2000. He is an alumnus of the IBM Global Innovation Outlook (GIO) team with work on the "Security and Society" briefing at the 2008 Taipei meeting (http://www.ibm.com/ibm/gio/security.html). He was made an Officer in the Order of Australia (AO) in the January 2003 Australia Day Honours List for his services to the ICT industry and education/research in information security. He received his PhD from the Australian National University (ANU) in Nuclear Physics in 1972 under Professor Sir Ernest Titterton where he specialised, from 1966, in high speed data acquisition/processing systems (SCADA/PCS) and early computer networks with an IBM 1800/System 360-50 combination. Professor Caelli's technical research and education interests are in "trusted" computer systems and data networks with flexible mandatory access control (FMAC) to meet the needs of both the public and private sectors as well as in cryptography and its trusted integration into ICT systems in addition to his work in public policy related to cybersecurity/cyberdefence. He also conducts research into the legal, social, historical, policy and political aspects of information security and resilience, cyber defence and allied topics as well as national policies related to development of the ICT industry, particularly where these concern national security. This has included work with Rand Corporation of the USA as well as on a joint Australia/India project on cybersecurity sponsored by each country's government for over 3 years. He has acted as a technical due diligence consultant in corporate acquisition and development activities internationally and now acts as a cybersecurity consultant.