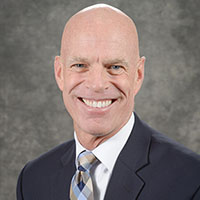 Dr. Daniel "Rags" Ragsdale joined DARPA as a Program Manager in June 2011. His research interests include computer network operations, cyber deception, cyber security education and training, computer ethics and privacy, and network sciences. Before joining DARPA, Dr. Ragsdale served for more than a decade at the United States Military Academy at West Point where he held a variety of supervisory roles, culminating with his service as Vice Dean for Education. In this capacity, Dr. Ragsdale was the Strategic Planner and Principal Deputy to West Point's Chief Academic Officer.

A recently retired U.S. Army colonel, Dr. Ragsdale's operational assignments included combat deployments in support of Operations Urgent Fury (Grenada), Enduring Freedom (Afghanistan), and Iraqi Freedom (Iraq). In his most recent deployment, Dr. Ragsdale served as the Deputy Commander of a 2000-person Task Force responsible for the security and defense of the largest coalition based in Iraq.

Dr. Ragsdale has more than 20 years of supervisory experience in research and development (R&D) and educational settings. His focus on the technical as well as the human dimension of cyber security helped him to bring about innovation in the laboratory, in the classroom, and in operational settings. He has authored or co-authored dozens of cyber security papers, articles, and book chapters.

Thank you for participating. Workshop briefing will be published shortly.